What is Irritable Bowel Syndrome With Diarrhea? 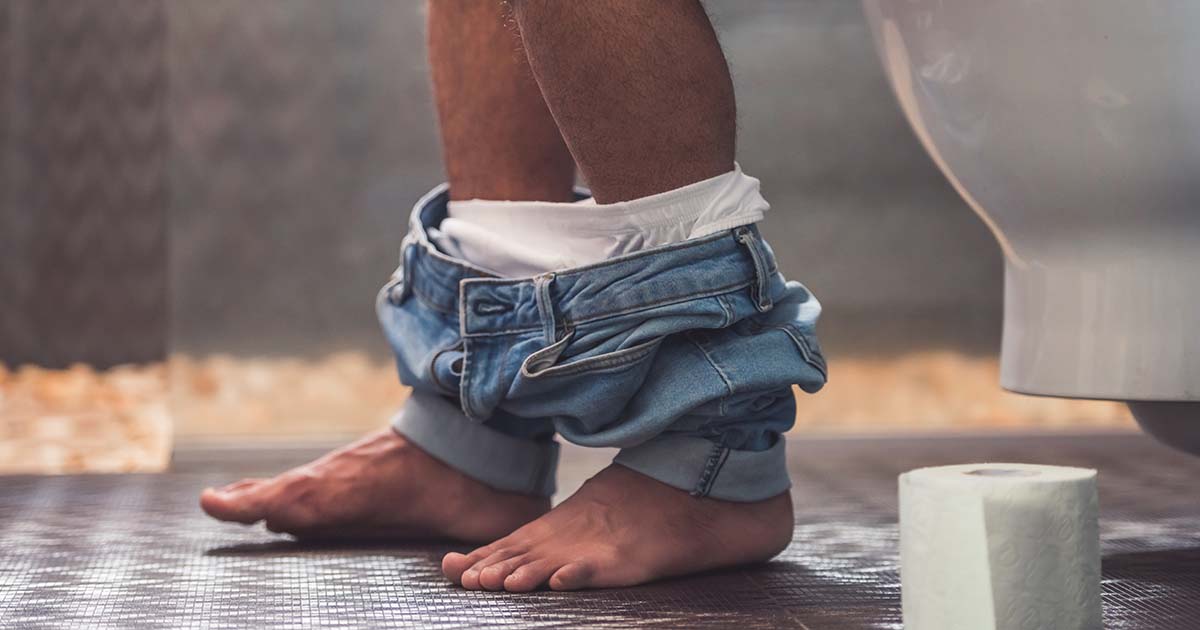 IBS Diarrhea: Another Type of IBS

If you were making a list of health problems to avoid at all costs, diarrhea would surely be right at the top. It’s embarrassing, it’s difficult to talk about, it’s messy, and it can make your body so unreliable you can’t go anywhere without knowing where the toilets are.

So imagine what it’s like having a health condition that revolves around long-term, chronic diarrhea. That’s what you’re up against if you’ve got irritable bowel syndrome with diarrhea (IBS-D) and it can have a massive impact on your life. There are treatments available though, so here’s a quick guide to this common problem.

What is IBS Diarrhea?

Diarrhea-predominant IBS is one of the three types of irritable bowel syndrome (the other types being constipation-predominant IBS and alternating IBS). Like all types of IBS, it’s a “functional” disorder, which means that your gut is not working properly, but there’s no actual damage in your bowel. It’s not life-threatening and doesn’t necessarily get worse over time, but it can cause symptoms that are tough to deal with.

Another group found that their symptoms start during a very stressful time, perhaps a divorce or a period of unemployment. Stress does not cause IBS by itself, but it can certainly trigger bouts of diarrhea in people with sensitive digestive systems, as can any small change in habits.

I refer to my own bowel as a drama llama because it over-reacts to the slightest change in my lifestyle – get up a few hours later than normal, and it has a tantrum!

The Symptoms of IBS-D

Diarrhea is, of course, the primary symptom. It can often come on urgently, forcing patients to make a mortifying dash to the bathroom. Stools can be very loose or liquid, and some of the worst affected people may suffer from fecal incontinence (losing control of your bowels).

If you’re wondering what counts as a normal number of bowel movements, a general rule of thumb is more than three movements per day is diarrhea. That’s not set in stone, but if frequent bowel movements are making it difficult to live your life – having to rush to a bathroom at work, missing social events – it’s time to get a check-up.

The Bristol stool scale can come in handy when you’re trying to describe your symptoms to a doctor. This is a chart that describes seven types of stool, from very hard to very liquid, with a normal stool at type four. Telling your doctor that, for example, you have type six stools, four times a day will give a very clear picture of your symptoms.

Unfortunately, diarrhea is not the only problem – IBS sufferers will also have stomach pain, cramping or spasms and possibly bloating as well. Many also have a lot of gas, which can feel painful due to over-sensitive IBS intestines reacting to the increase in pressure.

How is IBS-D Diagnosed?

The diagnostic process will depend on your medical history. There are lots of disorders that can cause diarrhea so doctors will look for the most serious problems first – if you are over 50 and experiencing any bleeding then you might be investigated for bowel cancer. Bleeding could also be a sign of inflammatory bowel diseases such as Crohn’s disease, and weight loss is another sign that something other than IBS might be going on.

Less serious disorders may also be the culprit – food intolerances like lactose intolerance often cause diarrhea and celiac disease can as well. Small intestinal bacterial overgrowth (SIBO) could be a factor too.

Your doctor may use a number of tests to investigate your symptoms. Blood or breath tests can identify food intolerances or SIBO, and camera-based tests like colonoscopies, endoscopies, and ultrasounds can let doctors see any physical damage in the bowel or abdomen.

If you don’t have any warning signs for other conditions, but you have been experiencing diarrhea and abdominal pain for more than three months, then you may get a diagnosis of IBS without needing any tests at all.

Most people with IBS-D will benefit from a multi-faceted approach to their illness. Medications, lifestyle changes, special diets and nutritional supplements can all play their role.

Imodium (loperamide) is a very common anti-diarrheal, and Pepto-Bismol is another. If you have an important event or meeting to attend you may find that it is more effective to take a small amount of these medications in advance as that can reduce both the physical symptoms and the worry that they might occur.

Lotronex and Viberzi are prescription-strength drugs that were both developed specifically for IBS-D. Lotronex is only prescribed to women who have severe symptoms as some people experience side effects which can in rare cases be serious.

If you’ve had your gallbladder removed, be sure to ask your doctor about trying a bile acid binder like Colestid as you may have been left with bile acid malabsorption which can cause diarrhea. This condition can be diagnosed using a SeHCAT scan.

Take advantage of any products that you find naturally constipating – calcium, in particular, can often have this effect and some patients take Caltrate Plus which is calcium carbonate. Iron tablets also constipate, whereas coffee and magnesium supplements will have the opposite effect so avoid those. Codeine is a painkiller that has a constipating side effect, but be careful with its use as it can be addictive.

You can also try a range of diets, including dairy-free, gluten-free and the FODMAPs diet which involves cutting out certain carbohydrates and can be very useful for IBS-D.