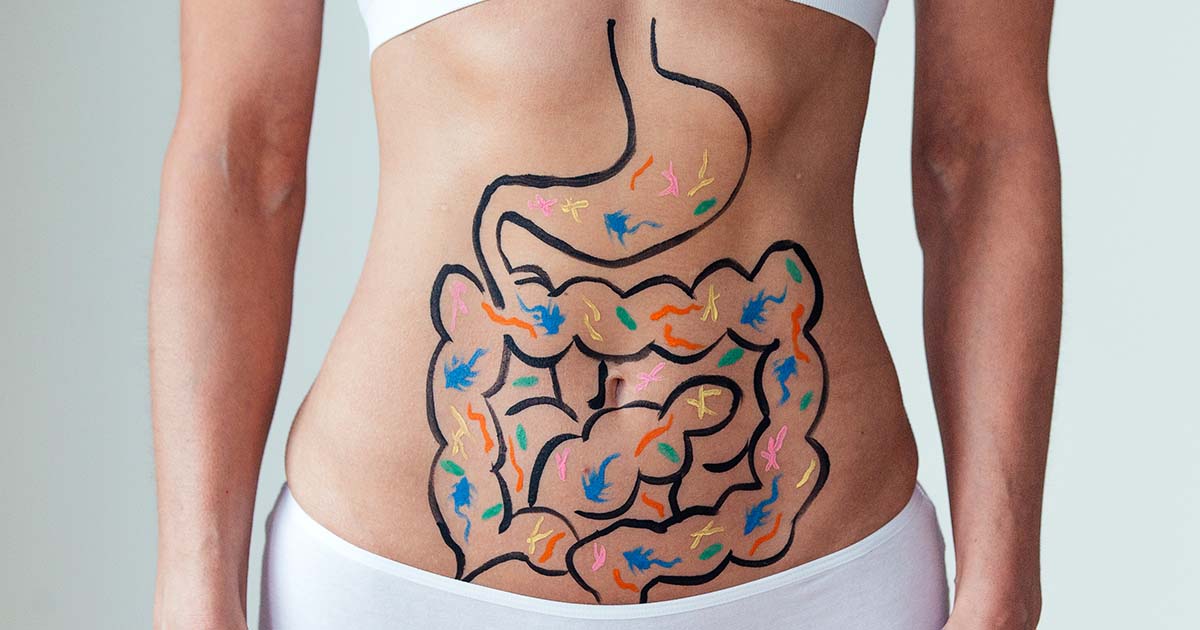 For decades, irritable bowel syndrome (IBS) was seen as a stress-related disorder that had no physical cause, but in recent years there has been growing recognition that if you know where to look the physical causes can be found. One of the most exciting discoveries has been the role played by bacteria in the small intestine. So, let's take a look at small intestinal bacterial overgrowth and IBS.

What is Small Intestinal Bacterial Overgrowth?

Small intestinal bacterial overgrowth (SIBO) describes a condition where you have too many bacteria in your small intestine, the part of your bowel that runs from your stomach to the large intestine (colon).

We all have lots and lots of bacteria in the large intestine, helping to digest our food, but there should be far fewer of these bugs living in the small intestine.

The specific species of bug is also very important. You have probably heard of bugs like E. Coli and Streptococcus because of their role in causing illnesses like food poisoning and meningitis, but harmless strains of these bugs live in our colons naturally.

However, if these usually harmless little critters escape from the colon and start setting up home and multiplying in our small intestine, they can give off gases that either slow down or speed up digestion. This means that you begin suffering from symptoms like stomach pain, diarrhea, bloating, and constipation – in other words, all the symptoms with which IBS sufferers are so miserably familiar.

The specific symptoms that a patient suffers from can often be traced to the particular gas produced, with hydrogen tending to cause diarrhea and methane causing constipation. People who have mixed IBS with both diarrhea and constipation may have both types of gas present and get the worst of both worlds as a result.

Is it SIBO or IBS?

Although doctors agree that SIBO certainly exists and can cause gut symptoms, they are divided on the question of how it relates to IBS.

Some doctors would say that SIBO causes some cases of “IBS,” whereas some think that SIBO and IBS are two separate conditions and if you are found to have SIBO you never had IBS in the first place.

One study of around 200 IBS patients found that a massive 78% of them tested positive for SIBO, although some other similar studies found that the percentage was much lower. This may because there is disagreement as to what level of gas means a “positive” test and a positive SIBO diagnosis.

However, there is a general agreement that treating SIBO can lead to improvements in digestive problems.

I do not know about you but my primary concern has always been getting rid of my nasty symptoms rather than fussing over labels and names, so let’s see how SIBO can be diagnosed and treated.

If a doctor suspects you may have SIBO they may go ahead and try treating you without any testing as the treatment is quite straightforward. Other doctors will prefer to offer a test and the most common test used is what is called a “breath test.”

Before the test patients are asked to keep to a special diet for a few days and then fast for a short period (perhaps 12 hours or so) to ensure they are not inadvertently feeding the bad bacteria themselves. It’s also important to avoid taking antibiotics as these will affect the balance of bugs inside you.

When you come to take the test, the first thing you will be asked to do is breathe into a mouthpiece connected to a breath test machine. The machine will collect your exhaled breath and measure the levels of hydrogen and methane naturally present.

Next, you will drink a sugar solution, usually containing either lactulose or glucose. If bad bugs are living in your small intestine, they will devour this sugar and start to give off hydrogen or methane. Some of this gas is absorbed into the body and then exhaled when you breathe out.

Samples of your breath are then taken at regular intervals over the next two to three hours to see whether the gases in your breath increase markedly from the level they were measured at right at the start of the test. If they do increase a lot, you may be diagnosed with SIBO.

Kits which allow breath collection at home are also available, with the breath samples sent through the post to be analyzed, but these kits may be less accurate than tests done in a clinic by healthcare providers. If you do take a home test make sure you follow the instructions carefully.

What Treatment is Available for SIBO?

To beat the bad bacteria, treatment of SIBO may include antibiotics, the elemental diet, prokinetics, and specific natural alternatives.

If your breath test is positive, a short course of antibiotics is usually the first treatment given. Often Xifaxan (the brand name for rifaximin) is prescribed, but other antibiotics like neomycin may also be used.

Usually, only a week or perhaps 10 days of antibiotic use are needed, although the treatment can be repeated if necessary. Some doctors may prescribe probiotics instead – “good bacteria” to try to outweigh the bad, with the Lactobacillus strain often used.

A more extreme treatment is to go on an “elemental diet,” a liquid diet that cuts out all food completely for several weeks and consists of just an all-in-one drink such as Vivonex. This drink contains all the nutrients you need, but none of the foods the bad bacteria thrive on.

This is not for the faint-hearted though!

A far less dramatic version of this diet can be followed instead and is rather more realistic! Dr. Mark Pimentel, an expert on SIBO and author of A New IBS Solution, recommends that patients avoid the carbohydrates that humans cannot digest as these are the ones which the bad bugs will gorge on.

Drugs called prokinetics can be prescribed to help increase the strength of contractions within your gut and move bacteria downwards and away from the small intestine, as well as ensuring that food particles do not stay too long in the small intestine and provide food for the bad bugs.

If you would prefer to try a more natural route some patients use herbal products which can have similar effects to antibiotics and can often be bought easily online. Perhaps surprisingly, one research study found that some of these products could be just as effective as Xifaxan in treating SIBO.

Dysbiocide by Biotics Research and Candibactin-AR by Metagenics were two of the herbal products studied and found to be effective. They are made up of extracts from various plant seeds, roots, and barks. Oregano, berberine, and wormwood are among the plants used.