Can IBS Make You Feel Tired All the Time? 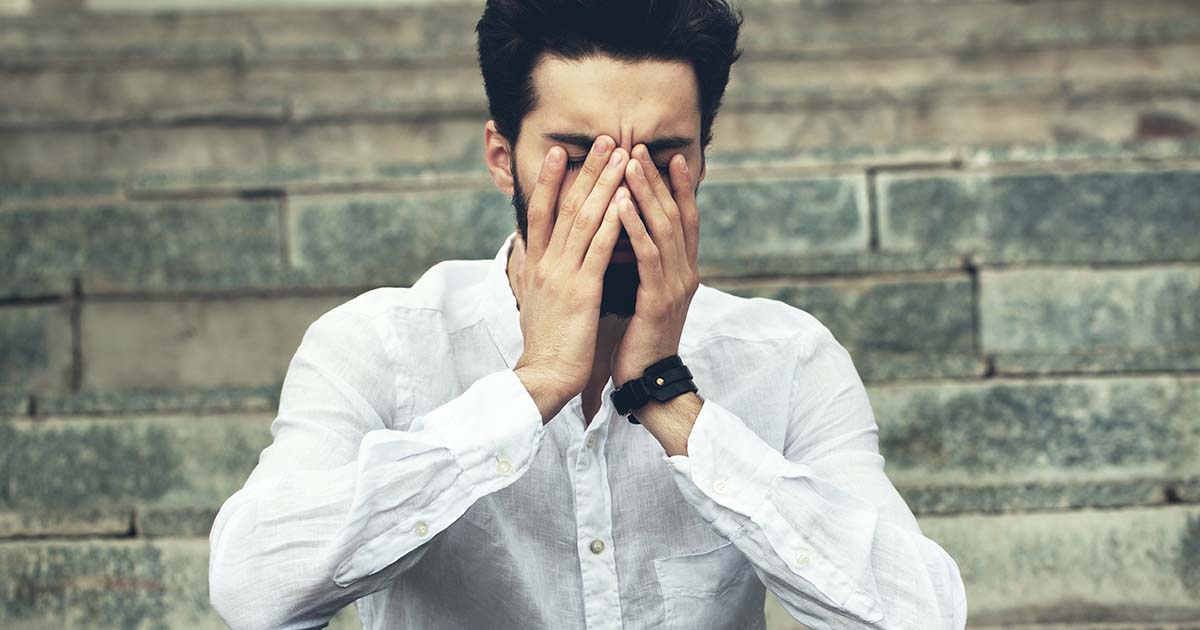 Can IBS Cause Fatigue?

When you’re dealing with diarrhea attacks multiple times a day, or weeks of constipation, or stabbing abdominal pains, it’s hardly surprising that many IBS sufferers feel exhausted by the whole business.

Any long-term, chronic illness can wear down your spirit and drain your strength, to the point where it’s difficult to know if your tiredness is the natural result of your illness or is a symptom of IBS.

Can an Irritable Bowel Cause Fatigue?

It’s difficult to say whether IBS itself can cause tiredness, but there’s evidence to show they are often found together.

One published study looked at 24 previous studies to search for a link between IBS and fatigue and found that there was a very strong correlation between the two – more than half the IBS patients studied felt tired for much of the time.

Is Fatigue a Symptom of IBS?

Whenever you’re questioning if one of your symptoms fits into a typical pattern of IBS, the Rome Criteria are what you need to use. These criteria were developed by IBS experts around the world to accurately diagnose IBS, listing the typical symptoms plus some other symptoms that might indicate another disorder.

We’re up to version four of these criteria in 2018, but earlier versions are also useful because they are a bit more specific about the symptoms that doctors think are important when treating IBS patients.

If we look at the Rome II criteria, it should be noted that none of the symptoms listed involve tiredness or fatigue.

This suggests that if your pain or diarrhea ever causes you problems at night, you should get it checked out.

Many People With IBS Experience Tiredness

Even if fatigue is not an IBS symptom itself, anyone would feel tired if they had to cope with months of pain and stomach upsets and many patients do report feeling weary.

“My IBS symptoms had disappeared for five months, and now they are back with constipation, shortness of breath and fatigue.” Julie says.

“Now that I am 25, my symptoms have gotten worse. Constipation, bloating, swelling, fatigue, and fevers." Jennifer reports.

“I am 23 and should be living my life like there's no tomorrow, but I am at the point where I am scared to go out anywhere for a few hours. I can't be on my feet for more than a couple of hours in one go without feeling like I'm going to faint and throw up. I've got the bloating, gas, nausea, constipation, fatigue.” Linda says.

So what could be causing this exhaustion, apart from the ongoing slog of having to cope with a wayward digestive system?

Interestingly, one of the accepted triggers for chronic fatigue syndrome is a viral infection, and we’ve known for years that IBS can develop straight after food poisoning or gastroenteritis (this is called “post-infectious IBS”).

One study in Norway found that three years after an outbreak of the parasite giardia, 46 percent of people had developed IBS with a similar amount of people developing chronic fatigue. This suggests that the effects of the infection may be felt for years in some patients, possibly due to low-grade inflammation.

Experiencing Fatigue After Using the Bathroom

A small number of patients also report a feeling of tiredness or faintness after a bowel movement.

Jane has had symptoms since the age of 14 and says “I continued feeling ill, tired, foggy-brained and generally awful. Although the chronic fatigue has eased, boy it comes back with a vengeance when I have had a 'toilet episode'!”

It’s not entirely clear what causes this feeling, although it could be linked to the vagus nerve which is stimulated when we “bear down” to use the bathroom. Stimulation of this nerve can cause a drop in heart rate and blood pressure through something called “vasovagal syncope” (syncope means a brief loss of consciousness such as fainting).

Usually, this will be a short-lived symptom and unless you are fainting, probably not something to worry about.

So what do you do if you find yourself listless and weary?

Check for a Vitamin or Mineral Deficiency

Recent research has shown that a lack of vitamin D may be common in IBS sufferers and a lack of this vitamin could also cause a lack of energy.

Deficiency may be caused by our lifestyles as vitamin D is made naturally when we go out in the sun, so if you spend all day indoors or live somewhere gloomy, you could consider taking a supplement.

The recommended daily dose of vitamin D in the USA is 600IU for anyone up to the age of 70 and 800IU for those over 70, although some organizations recommend higher amounts.

Other nutrients necessary for energy include iron and vitamin B12; these deficiencies can be picked up by a simple blood test.

If you are having trouble winding down at the end of the day look into ideas like guided visualization, where you are helped to conjure up calming mental images and sounds, or relaxing breathing techniques.

Hypnotherapy has been used to treat IBS successfully in some patients due to the brain-gut connection and can be very relaxing as well as helpful for your bowel. You can either visit a hypnotherapist in person or try listening to CDs at home.

Don’t worry, and clinical hypnotherapy is nothing like the showbusiness version where unwitting volunteers are made to cluck like a chicken and make a fool of themselves!

You won’t be unconscious when undergoing hypnotherapy, just in a deeply relaxed state, so you’re still in control and can stop the session whenever you like.