What Is the IBS Elimination Diet? 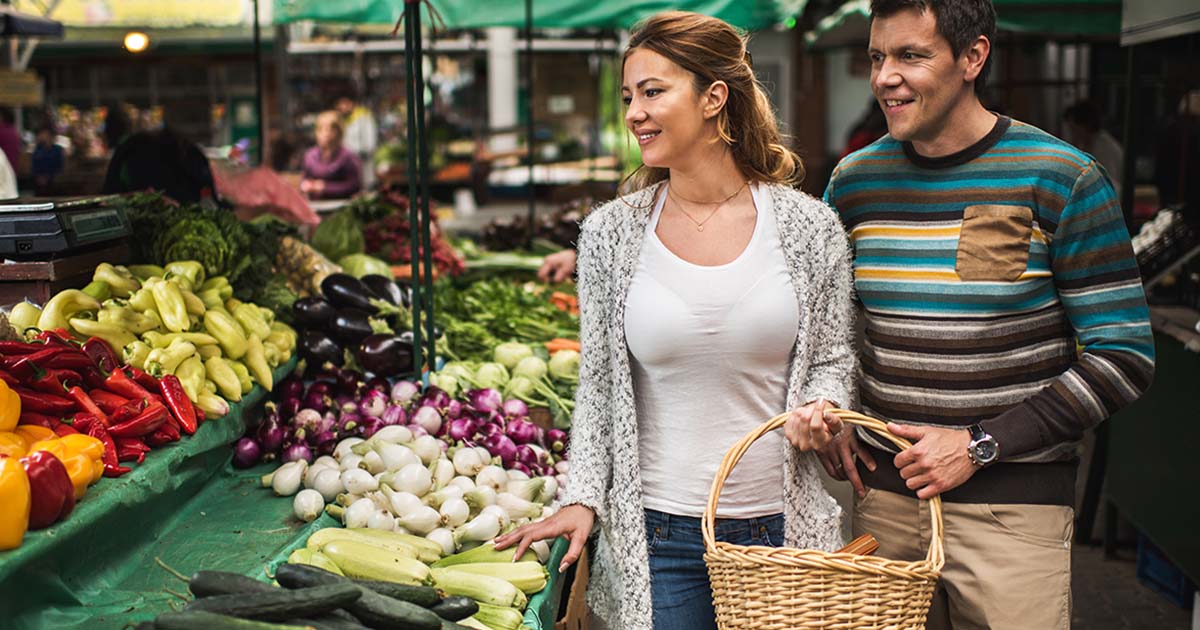 I think most people living with IBS have tried to figure out which foods make us ill – and most of us find it very difficult.

Certain foods can trigger IBS, but it can also be triggered by stress, medications, travel, hormones and plenty of attacks seem to come out of the clear blue sky.

Besides, most people will eat a dozen or more different foods each day, so how can you pinpoint the offending food?

The answer is to use an IBS elimination or exclusion diet, methodically excluding foods from your diet for a period of time to see whether you feel better as a result.

It’s usually safe to try an IBS elimination diet for a few weeks, but if you have any additional medical conditions or you could be pregnant, please ask for advice from a doctor or registered dietitian first.

Eliminating foods for any length of time can cause deficiencies of vital vitamins or minerals – cutting out dairy could mean your calcium intake plummets, for example – so be aware that guidance from a professional is needed if you plan to avoid any major food group long-term.

Before trying a full-blown IBS elimination diet, it’s a good idea to cut out some foods which are either known to be IBS triggers for many people or are known to cause digestive problems even in healthy folk.

Most of these foods and drinks can be cut out without compromising a healthy diet, so they are a useful place to start.

One Food or Many?

If you’ve tried avoiding the common culprits and your symptoms remain then it’s time to try a full IBS elimination diet.

The first thing you're probably wondering is, "What foods should I cut out?" Of course, if you knew exactly what foods to avoid with IBS you wouldn’t need the diet in the first place!

It’s also obvious that you can’t cut out oranges this week and apples next week and pears the week after that you’ll be on a diet forever. So you need a system.

The trick is to eliminate groups of foods that tend to affect the gut similarly. For example, you might try a dairy-free diet followed by a gluten-free diet and compare the results. You could cut out red meat (or even meat altogether) or avoid high-fat foods.

It can be tempting to cut out an extensive range of foods, particularly if your IBS is out of control and you’re suffering.

Unfortunately, this approach won’t be useful in the long-term; although you might feel better eating chicken and rice for a few days it’s not sustainable, and it doesn’t give you any insight into which foods might be making you ill.

I know it’s tough, but if you can manage a few months of controlled eating, you may well reap the benefits for years.

It’s vital that you maintain a record of your progress so you can check whether the diet is working.

Keep a food and symptom diary and remember to write down everything you eat and drink, whether it’s a whole meal, a few grapes or even a stick of chewing gum that might be giving you gas. I would also record anything you think might have upset your gut outside of the diet, getting up very early or a stressful day at work.

Remember too that it’s unlikely that something you eat is giving you IBS symptoms immediately. Diarrhea-predominant sufferers often have to run to the bathroom straight after a meal, but that’s because of the gastrocolic reflex – contractions in the colon due to stretching of the stomach – rather than the food you’ve just swallowed.

Rather than looking for immediate reactions, take an overall look at your symptoms. You could record how many times you used the bathroom in a day and how many minutes/hours of IBS pain you experienced, for example, and then compare the results over whole weeks.

It’s also a good idea to minimize any other factors that could affect your IBS during this time – you’re conducting a scientific experiment on yourself, and you need to keep the variables under control!

So try to eat your meals at regular times, drink roughly the same amount of liquid each day (preferably plain water) and either stop using supplements such as fiber supplements or carefully take the same amount each day. That way you can be confident that it is the dietary changes themselves that are influencing your symptoms.

A Question of Timing

The International Foundation for Functional Gastrointestinal Disorders (IFFGD) recommend that you eliminate each food or food group for 12 weeks, starting with any foods that you already suspect may cause you problems. If you’re not sure where to start, they suggest excluding fiber, chocolate, coffee or nuts.

If you are cutting out fiber, you need to know the difference between soluble and insoluble fiber. The IFFGD advise that it is often insoluble fiber that triggers IBS symptoms, so you could try removing:

Soluble fiber may be better for you and can be found in foods such as oats, barley, beans, chickpeas and root vegetables like carrots and potatoes.

Twelve weeks sounds like a long time to wait for a result, but the nature of IBS means that it can wax and wane naturally, so the diet needs to last a reasonable amount of time to be sure of its effect.

You may well find that you feel better after just a few weeks but don’t give up if you don’t see results immediately. IBS intestines are sensitive by their very nature and need time to adjust to their new circumstances.

If you don’t have any luck with the IFFGD plan, then you could move on to one of the three most common exclusion diets for IBS – dairy-free, gluten-free or low FODMAP.